The next couple of months, I will be looking at a familiar passage of Scripture, if you are a woman that is. (Sorry, Guys, maybe next time!) This is something that has been on my heart for a couple of years. When Christian women get together and talk about the Christian Woman, the 31st chapter of Proverbs is inevitably mentioned. The chapter is obviously written for a married woman, but does that exclude single women from being virtuous? Can this chapter be applied to a single woman? I believe that it can if we take the principles taught in Proverbs 31 and apply them to our lives. I will be doing a verse by verse study in how to apply these verses to our single lives. Be prepared the dictionary will come out and maybe even the commentary. I am not sure where this study will end up, but come along for the ride!

I would like to start out by saying that the Proverbs 31 lady did not magically become a virtuous woman by marrying her husband. If this worked, there would be a lot more happy homes around the world. So how did the Virtuous woman of Proverbs get to be virtuous? I believe it was through a lot of hard work (either on the part of the Virtuous Woman or on the part of her mother, probably both.) She had to be taught which characteristics where virtuous and which to avoid. It was a lifelong process of what theologians call sanctification. What makes me respect her even more is, she was an Old Testament saint and therefore did not have the Holy Spirit guiding her every step. In this we have an advantage if we would only allow the Holy Spirit to work in our lives. 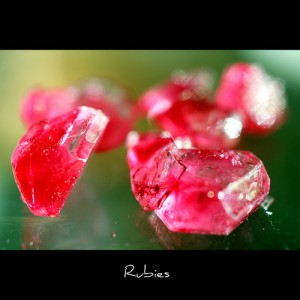 For the sake of clarity, when I refer to the Virtuous woman of Proverbs 31, I will call her Virtue.

Who can find a virtuous woman? for her price is far above rubies. Proverbs 31:10

First, who is speaking? What is the context in which we find this verse? This is part of the instruction given to King Lemuel (whom many believe to be King Solomon especially as he is the author of Proverbs) by his mother. She is teaching him what is important and what is not important to a young man’s live. She touches on what many believe to be the good life, Wine, Women and Song. She exhorts him to leave behind alcoholic beverages and to not give his strength to women. By studying the rest of the chapter, we understand that she does not mean him to abstain from all women, but to give himself only to a virtuous woman. So begins a treatise on what is a virtuous woman.

The verse above gives the impression that virtuous women are hard to find. First the question, who can find one? Then the statement that her price is far above rubies. So what does virtuous mean? How can a person strive to be virtuous if they do not know what the word and concept mean?

1. Morally good; acting in conformity to the moral law; practicing the moral duties, and abstaining from vice; as a virtuous man.

2. Being in conformity to the moral or divine law; as a virtuous action; a virtuous life.

The mere performance of virtuous actions does not denominate an agent virtuous.

4. Efficacious by inherent qualities; as virtuous herbs; virtuous drugs. [Not in use.]

6. Having medicinal qualities. [Not used.] 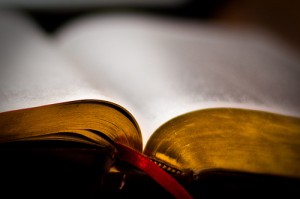 When we combine the two definitions, we come up with moral strength. So a virtuous woman is a morally strong woman. Ok, so what is moral or morality? (Again from Webster’s 1828 Dictionary)

1. Relating to the practice, manners or conduct of men as social beings in relation to each other, and with reference to right and wrong. The word moral is applicable to actions that are good or evil, virtuous or vicious, and has reference to the law of God as the standard by which their character is to be determined. The word however may be applied to actions which affect only, or primarily and principally, a person’s own happiness.

Keep at the least within the compass of moral actions, which have in them vice or virtue.

2. Subject to the moral law and capable of moral actions; bound to perform social duties; as a moral agent or being.

3. Supported by the evidence of reason or probability; founded on experience of the ordinary course of things; as moral certainty, distinguished from physical or mathematical certainty or demonstration.

Things of a moral nature may be proved by moral arguments.

4. Conformed to rules of right, or to the divine law respecting social duties; virtuous; just; as when we say, a particular action is not moral.

5. Conformed to law and right in exterior deportment; as, he leads a good moral life.

6. Reasoning or instructing with regard to vice and virtue.

While thou, a moral fool, sittest still and criest.

7. In general, moral denotes something which respects the conduct of men and their relations as social beings whose actions have a bearing on each others”s rights and happiness, and are therefore right or wrong, virtuous or vicious; as moral character; moral views; moral knowledge; moral sentiments; moral maxims; moral approbation; moral doubts; moral justice; moral virtue; moral obligations, &c. Or moral denotes something which respects the intellectual powers of man, as distinct form his physical powers. Thus we speak of moral evidence, moral arguments, moral persuasion, moral certainty, moral force; which operate on the mind.

Moral law, the law of God which prescribes the moral or social duties, and prohibits the transgression of them.

Moral sense, an innate or natural sense of right and wrong; an instinctive perception of what is right or wrong in moral conduct, which approves some actions and disapproves others, independent of education or the knowledge of any positive rule or law. But the existence of any such moral sense is very much doubted.

Moral philosophy, the science of manners and duty; the science which treats of the nature and condition of man as a social being, of the duties which result form his social relations, and the reasons on which they are founded.

So then a virtuous woman, whose price is well beyond that of rubies, is a morally strong woman, a woman who follows the moral law God set down in the Bible. As single women in ministry, this is something that is of great use to us. We are called to be examples, to teach others what the Bible says, to demonstrate that teaching in our lives. We are called to be virtuous women.

So the start of our journey as virtuous women is in our relationship with God. First, we must have a personal relationship with Him through His Son, Jesus. If you have not accepted Jesus free gift of salvation, i.e. you have not recognized that you are a sinner and you can do nothing to save your soul from eternal death, have not recognized that Jesus paid the debt for your sin by dying on the cross and have not accepted His gift of payment for your sins so you can have eternal live instead of death, that is your first step. The Bible teaches that one cannot be morally right with God unless their sin debt has been paid, either by them through eternal punishment or by Jesus’ payment through His death on the cross.

If you have taken this step, then what? How can a woman be virtuous? Regular Bible study is a start. How can someone put a moral law into practice if they do not know the moral law? By studying what God has set down in the Bible, we learn what He expects from us. Which leads us to the next step, putting that moral law into practice. This is not an overnight transformation, but a lifelong process. (Remember that hard work I mentioned at the beginning of the blog?) This is a step that will last the rest of our lives.

Does this mean that I will only be considered virtuous when I reach Heaven? No. this means that while we are here on this earth, we will still have to contend with our human nature, whose instincts go against God’s moral law. We will stumble and fall along our journey, but that we are trying to keep to the moral law will define us as virtuous women.

How is your journey as a virtuous woman going so far? What gems have you picked up along the way that could help someone else? Please leave your comments below.